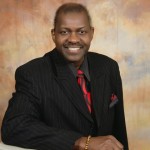 In May 1971, he got together with his wife, Retha of more than 46 years. They have four children (Patrona; Sheila — husband Riko; Derek, Jr. — wife Cecelia; and DeVone — wife Lauren) seven grandchildren (Kanesha, Ronald, Carma, Riko, Celeste, Cea, and Carly), and two great-grandchildren (Riniya and Remedii). He is the proud son of the late Eugene Eurales, of Chicago, IL, and Judson and the late Minnie Childs, of Cairo, IL.

In 1979, Mr. Eurales was baptized by Rev. Willie B. Glass at Everdale in Cairo, IL. In answering his calling to the ministry on December 31, 1981 under the pastorate of Rev. R.E. Gatewood, Rev. Eurales was ordained September 11, 1982.  He became pastor of Trinity Baptist Church of Tamms, IL and Mount Olive Baptist Church of Pulaski, IL from 1982 to 1985.

Reverend Eurales went before the Ecclesiastical Council of Bishop and Elders of the Mound City District Conference of Free Will Baptists where he was examined and licensed to preach as a Free Will Baptist minister.  From September 1985 to November 1988, he pastored Morning Star Free Will Baptist Church in Cairo, Illinois.

After being observed at the Annual General Conference in Dallas, Texas during the month of June 1988 by Sister Thelma and Brother Tommy Hanson, he was called in December of 1988 and offered the pastorate of First Opportunity Free Will Baptist Church in Carrier Mills, Illinois, where he continues serving to this day as pastor. He continues to stand on the Word of God and is filled with the Holy Ghost, preaching and teaching the unadulterated gospel. Many souls have been saved, baptized, and filled with the Holy Ghost as a result of his ministry.

Pastor Eurales retired from the Illinois Department of Corrections in 2002. While there (working in corrections) his light would shine in his work. Through God, he uplifts the name of “Jesus”. He is a very compassionate man, who helps the lost and needy. Pastor Eurales takes pride in his service for the Lord, stating “this is serious Business: bringing souls to CHRIST.”

After his brief retirement, Pastor Eurales was employed by Wal-Mart in Anna, IL (working in the Produce Department). From Wal-Mart, he continued to spread the good news of Jesus Christ, helping the lost to find their way to Christ and be saved. He witnessed and prayed on the spot for those seeking prayer, retiring from there in 2005.

Bishop Eurales is currently a member of several boards, organizations, and community committees to include: Illinois Coalition of Community Services (ICCS) of Springfield, IL; the Delta Center Board of Cairo, IL; President of the Mounds, IL Lions Club; and President of Two Rivers Advocacy of Anna, IL. He volunteered for a number of years at the Marion, Illinois Veterans Administration, where many souls were changed through his ministry.

Along with ministry, Bishop Eurales is a happy house husband to his wife, Retha (“HIS FLOWER”, as he calls her). But if you need him, just call, write, or email and he will respond. He is often heard saying, “our participants’ needs are of the utmost importance, and we are committed to meeting those needs”.

As a result of his ministry, a high percentage of all those Bishop Eurales has ever encountered continue to have high self-esteem, make positive decisions, enjoy better relationships with others, and demonstrate a better outlook on life.

Visit his site, The three DEES, at  http://honeyflower7.vpweb.com/.